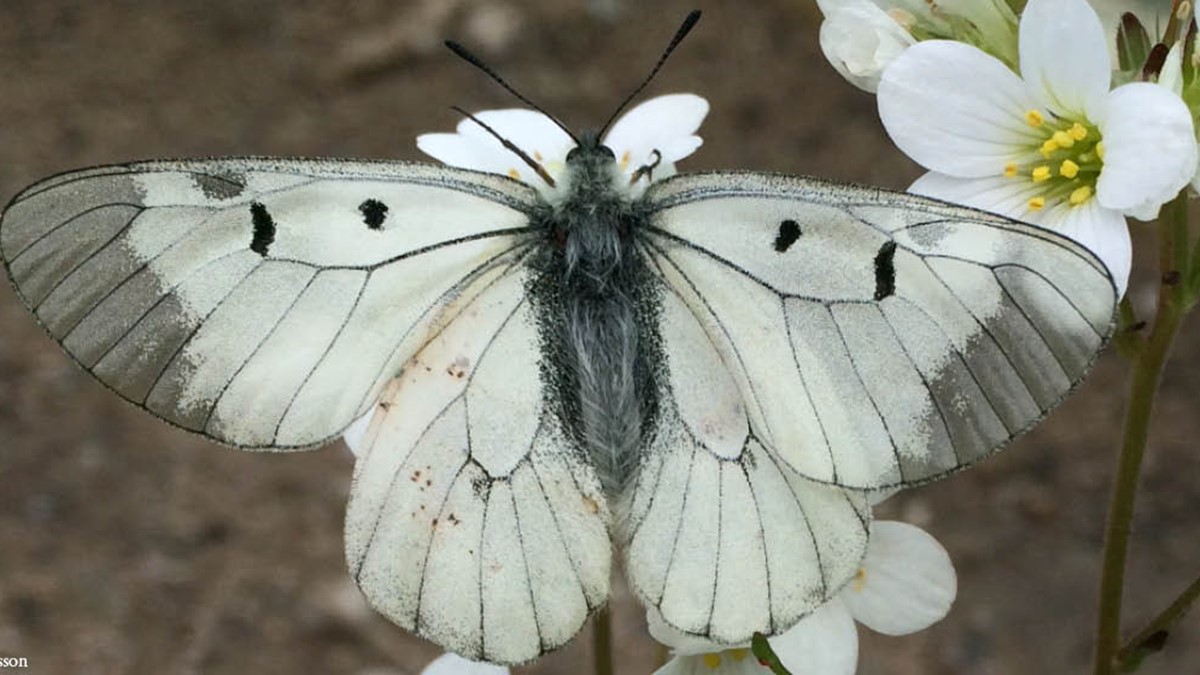 The clouded Apollo belongs to the swallowtail family of butterflies. It has a wingspan of 55 mm to 68 mm and the wings are white with black markings. The eggs are white and spherical. The black larvae live on various species of corydalis.

Nordens Ark works solely with rearing and reintroducing clouded Apollos, and they are not on show in the park.

The species lives mainly in pastureland. The eggs hatch in April, and the delicate larvae must immediately find the only food they can eat: the leaves of corydalis, one of our first spring flowers. The larvae quickly eat their fill and pupate a month later. At the start of June, the fully formed white clouded Apollo butterflies hatch. They search for nectar in flowers of many different species including dandelion, sticky catchfly, cow parsley and meadow buttercup. The butterflies begin mating and the females then lay eggs of 1 mm to 2 mm seemingly at random on dry leaves and in dry grass. The eggs rest for ten months until April the following year, when they hatch. So the clouded Apollo lives almost its whole life in egg form.

The clouded Apollo was once found in many southern Swedish landscapes, but today survives only in small populations in Uppland, Blekinge and Ångermanland. The species is classified as endangered (EN) on the Swedish red list. Pastures and woodland becoming overgrown is the principal reason for the clouded Apollo’s decline. Corydalis is still found in many parts of southern Sweden, but no longer in the abundant quantities required to sustain healthy numbers of clouded Apollos. The butterfly also needs plenty of nectar plants in the vicinity.