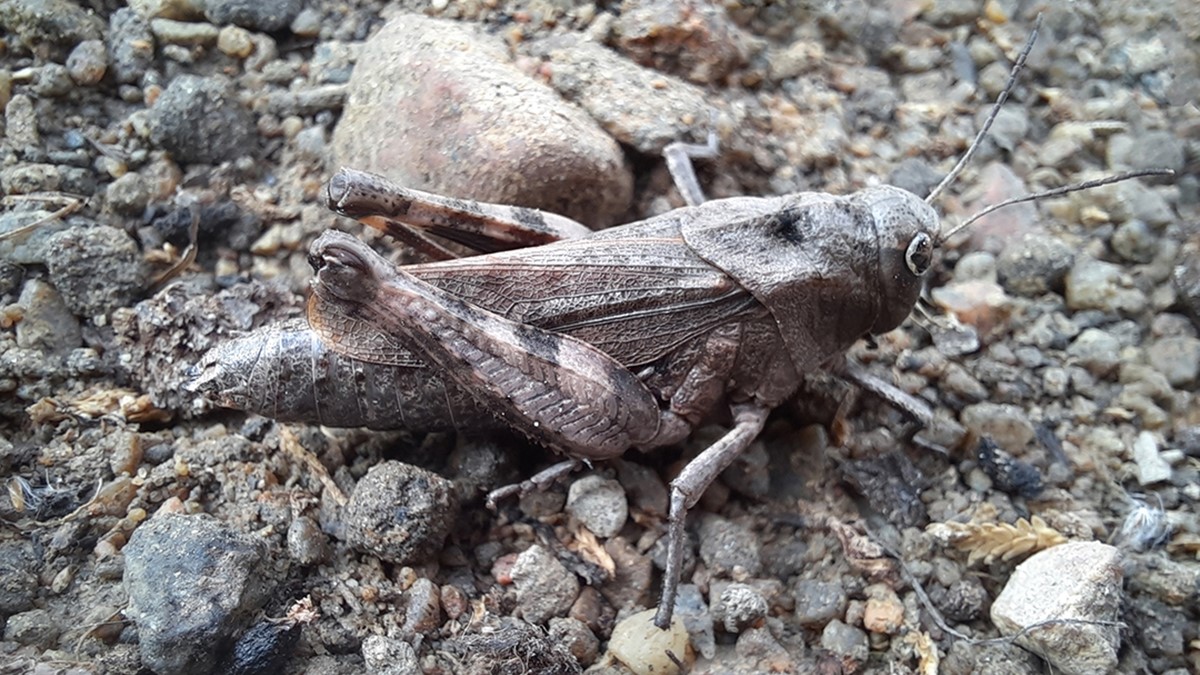 The rattle grasshopper is a 2-4 cm long, brown grasshopper with beautiful red flying wings that is clearly visible during the males' display flight. During the flight, a characteristic clattering sound is heard that has given the species its name.

The female is clearly larger than the male. The male is dark colored, the next completely black or dark brown. The female is lighter, gray or reddish light brown.

The species is not available for display, but Nordens Ark only works with breeding and re-implantation of this species.

The rattle grasshopper was previously common in large parts of southern Sweden. When agriculture and forestry in Sweden in the 1950s were transformed and became more large-scale and industrial, the open landscapes that are vital to the species disappeared. The rattle grasshopper has high demands on its habitat and can be seen as an indicator of a favorable environment for other equally heat-demanding species that live in dry pastures.

The species is found today in about 50 places in the country from Dalsland, Uppland, Södermanland, Västergötland, Småland and Blekinge as well as on Öland and Gotland, but it is most common in Östergötland

The reproduction of the rattle grasshopper takes place during July-September. After the eggs have been laid in the ground, they then lie dormant for a full two years before it is time for them to hatch into a 3-4 mm long nymph in May-June.