News about the project

March 23 - The morning mist was dense when the builders started pouring the cement for the foundation of the new turtle house. 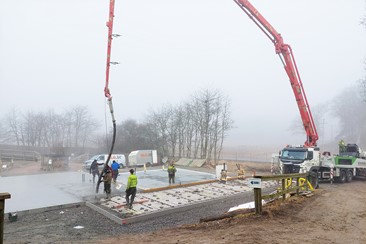 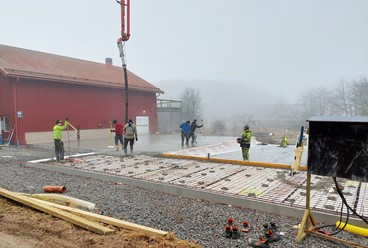 February 10th 2022 was the start of construction of the breeding center, an Ark for the world's chelonians. We are also planning imports of the individuals who will be included in the project. At present, we have identified 14 species that will have a refuge on Nordens Ark.

The facility is unique and the only one of its kind in Northern Europe. It is being built in the middle of the animal park and will consists of both an area open for the public and a closed breeding facility. In the breeding facility, it will be possible to breed turtles on a larger scale in order to assist conservation projects with animals for release. 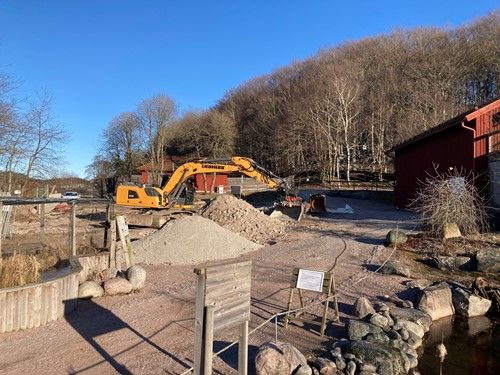 The construction of the new facility is now in progress.

The world's turtles are endangered

One of the world's most endangered groups of animals, which have existed on earth for over 200 million years, are turtles. The International Union for Conservation of Nature (IUCN)'s Tortoise and Freshwater Turtle Specialist Group reports that over 60% of the world's turtle species are threatened with extinction. It is human progress that has caused the turtles to decline. Forests and streams are vacuumed in search of turtles to sell as pets or as delicacies. Their habitats disappear when forests are cut down, wetlands ditched and rivers dammed. The situation is most acute in Asia, where all of the nearly 100 turtle species are endangered. Of species that were once numerous in lakes and river systems, today only a few hundred individuals exist, sometimes as few as a few dozen. To preserve some of the world's most endangered turtles, Nordens Ark started the project On the edge of extinction - an Ark for the world's turtles. Through the project, Nordens Ark is building a unique breeding center and creating insurance populations where some of the world's most vulnerable species can find refuge and reproduce for future releases. The project also aims to create conditions for long-term survival in the species' original environments by building cooperation with local organizations and authorities.

What does Nordens Ark do?

Nordens Ark's breeding center An Ark for the world's turtles will be home to several of the world's most endangered turtle species with a special focus on large and more space-consuming species from Asia. The situation for many of these species is acute. Improving the situation in the wild will take a long time and for some species time is running out. The only solution to ensure their survival is to keep insurance populations in breeding facilities. Insurance populations are managed through strict breeding programs in collaboration between different actors in order to maintain as much genetic variation as possible. The ultimate goal is to be able to re-implant species in protected areas within their former distribution areas in the future. This presupposes that the threats have been handled and that adequate protective measures are in place. The project will, in collaboration with local organizations and authorities, initiate and support nature conservation measures to preserve / re-establish wild populations. Without a insurance population, intensive work with authorities and local people regarding nature conservation measures and information, the species will never be able to be returned to their natural environment.

Our work focuses on the following strategic areas: