Bringing back the Persian leopard 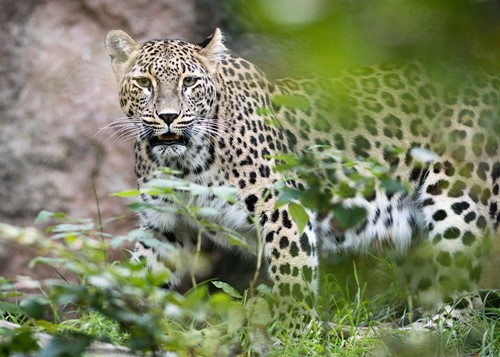 The Persian leopard was once found throughout the Caucasus region, but it is now thought to be less than a thousand individuals remaining in the wild, most of them in the mountainous areas of northern Iran. In the Russian Caucasus, where this leopard subspecies existed until well into the 19th Century, it is now thought to be extinct.

To bring the Persian leopard back to the Russian Caucasus, a Program for Reintroduction of the Leopard in the Caucasus was initiated, and a breeding facility was built in Sochi National Park. The program aims to create a self-sustaining Persian leopard population in the wild, which means a population of at least 50 leopards in the Northern Caucasus. In 2016 the first leopards were released back to the wild and since then three more releases have taken place. To increase the genetic diversity and ensure the long-term survival of the released population, there was a need to send new breeding animals to the breeding centre in Sochi. Nordens Arks Persian leopard pair have been very successful and produced two litters at Nordens Ark and by sending them to the breeding centre in Sochi the hope is that they will continue to produce litters and that their future cubs will be released to the wild.

- Moving two Persian leopards from Sweden to Russia is no easy task. It takes a lot of planning and is quite costly, but Nordens Ark is committed to saving the Persian leopard - Of course it is a long journey from Nordens Ark to Sochi, says Sara Nilsson who is responsible for the transport from Nordens Ark, but everything went smoothly, and the leopards have arrived safely. Now we look forward to their future cubs being released to the wild.

The recommendation to send the Persian leopards from Nordens Ark was made by EAZA Persian leopard EEP breeding programme and is part of an ongoing collaboration between the Ministry of Natural Resources and Environment of the Russian Federation, International Union for Conservation of Nature (IUCN), European Association of Zoos and Aquaria (EAZA) and WWF Russia. 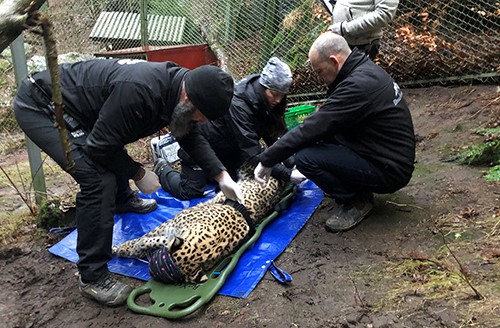