Despite all the planning, the animals do as they please – even on New Year's Eve

Not everything can be planned and controlled, that much is obivious since there’s once again tadpoles in the mountian chicken frog enclosures at Nordens Ark. This normally happens during summer, but something in the environment at Nordens Ark seems to be extra favorable  for this particular endangered species.

-We don't know exactly how many there are yet, says Kristofer Försäter, responsible animalkeepr for the mountain chicken frogs at Nordens Ark. We’ll know in a few weeks when they develop into small frogs  and start to leave the nest.

The reproduction of amphibians is strongly linked to the environment they live in. In the breeding facility at Nordens Ark, we strive to mimic the natural conditions in nature as much as possible.

-Why the frogs thought New Year’s Eve was an appropriate day is unclear but probably it has to do with temperature changes. It is something we'll have to analyze further, Kristofer continues. Either way, these tadpoles are a welcome and important addition to saving this endangered frog.

Last year, the mountain chicken frogs on Nordens Ark had a record number of tadpoles, a total of 35. One of the females even managed to get two litters during one and the same season, which in itself is quite sensational. 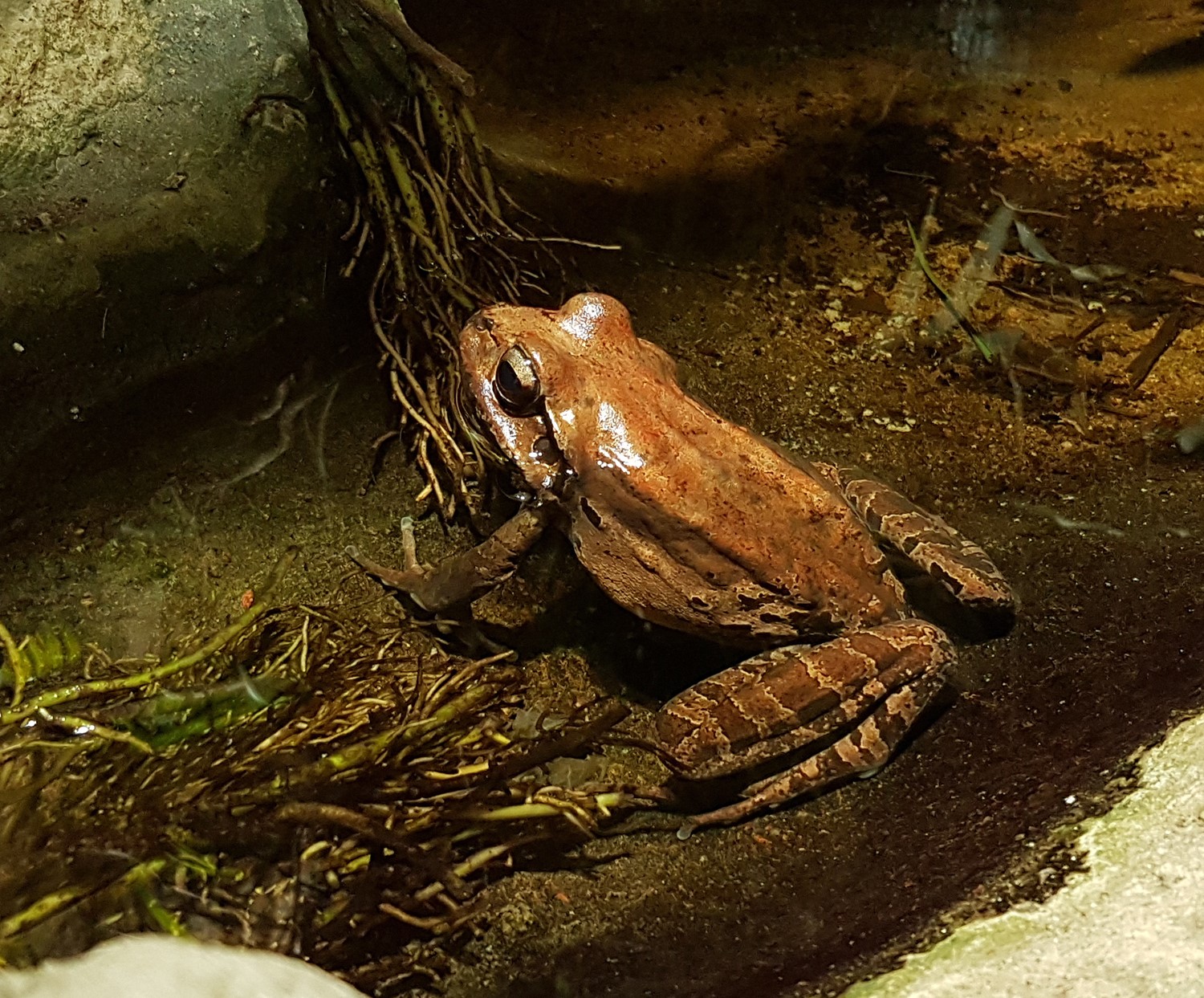 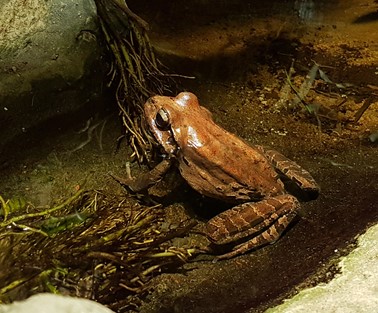 In 2002 the dreaded fungal disease chytridiomykos basically knocked out the population of mountain chicken frogs on the Caribbean island of Dominika. Researchers followed developments closely and feared that the disease would quickly spread to the nearby island of Montserrat. When reports of dead frogs on Montserrat came in 2009 the authorities acted quickly and, in cooperation with European zoos, 50 of the last frogs were evacuated from the island and flown to Europe to ensure the survival of the species.

Ten years later, descendants of the evacuated frogs could be flown back, this time to large semi-wild enclosures where scientists closely monitor their development, hoping that the frogs can develop a resistance to the fungal disease that still remains in the wild.

-Hopefully, in the near future, we will be able to send frogs bred here on Nordens Ark to Montserrat, concludes Kristofer, but until then it is important that we continue the work of keeping a genetically healthy population of mountain chicken frogs in the zoos and that is why this year's cubs are so important.

In addition to nordensArk, work to save the chicken frogs is also taking place at Chester Zoo, Durrell Wildlife Conservation Trust,  Paignton Zoo,Bristol Zoo  and  zoological Society of London and is part of the Mountain Chicken Recovery Programme. All in cooperation between European  organisationsand the governments of Montserrat and Dominica.