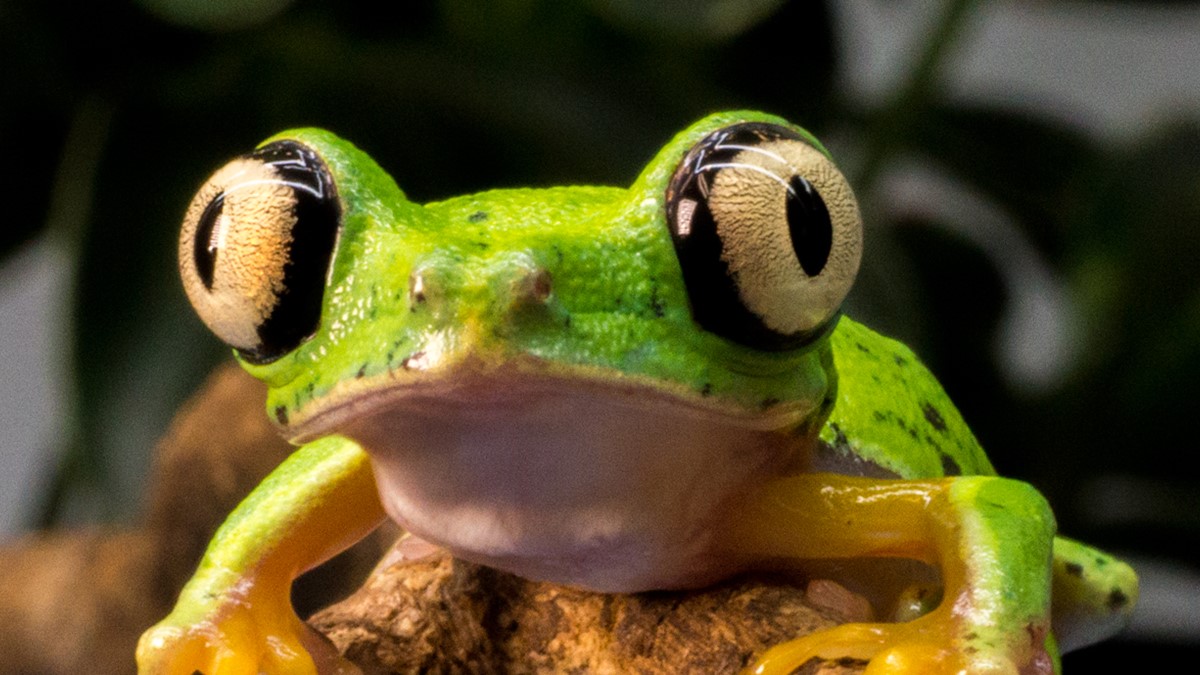 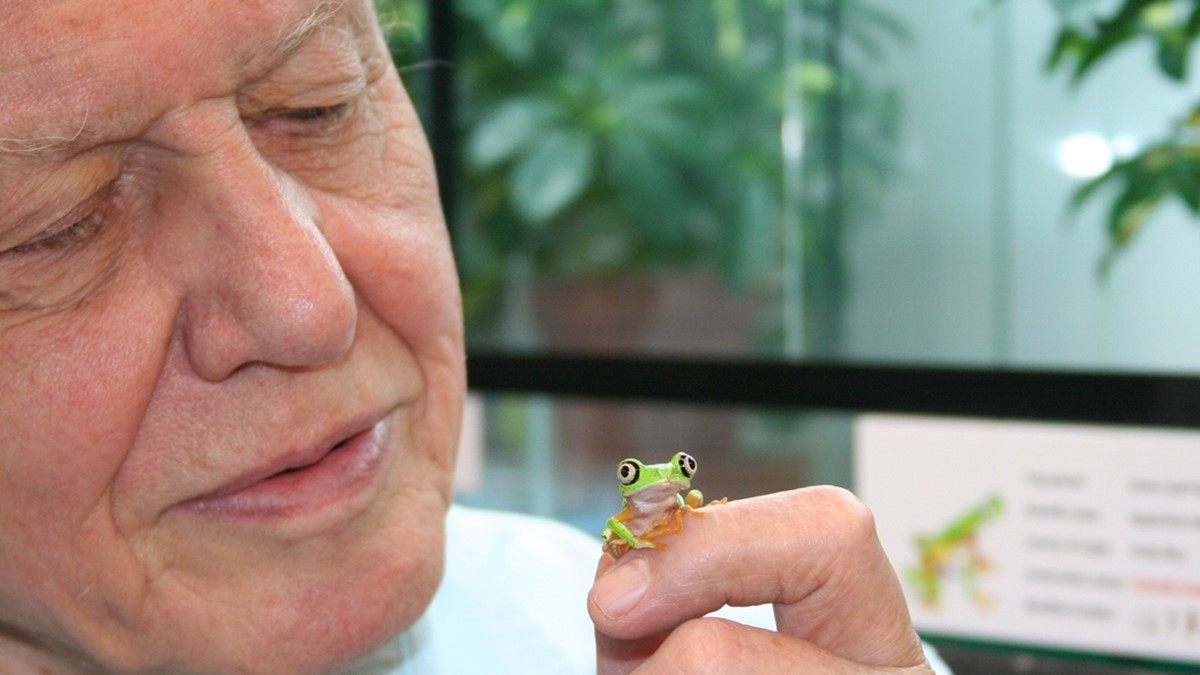 The lemur leaf frog has a remarkable ability to change colour depending och whether it is active or resting. When resting during the day, the lemur leaf frog is bright gree with yellow hands, feet and flanks. The belly is white. A thick black line surrounds each light grey eye. The vertical pupils indicate the frog’s nocturnal lifestyle.

The species is not for display in the zoo. Nordens Ark work is exclusively with breeding and repopulation of this species.

Breeding thakes place during the rainy season and the male produces a short clicking call to attract the females. Like all leaf frogs, the lemur leaf frog lays between 15 and 30 eggs on leaves overhanging water. About a week later the tadpoles hatch and drop into the water below. It then takes a further 90 to 150 days for the tadpole do develop into adult frogs. The higher the temperature of the water, the more rapid the growth till be.

The Lemur Leaf Frog is critically endangered and close to extinction in the wild. Only at a single location in Costa Rica is it known with certainty to exist. Read more about our efforts in the wild.

Nordens Ark is part of an international network of universities and organisations with the joint goal of saving the Lemur Leaf Frog. The project’s objective is to recreate a genetically sound, assurance population at a few selected conservation rearing centers, and later, through re-introductions, build up a viable population in the species’ natural habitat. Read more about the project here.

To start with, efforts are required in the field to assess the species’ status, the threats it faces and its habitat requirements. In the longer term, the work will concentrate on recreating and securing important habitats for the frog. The project is led by Andrew Gray of Manchester Museum at the University of Manchester (GB), and also involved in the project group are the Costa Rican Amphibian Research Center (Costa Rica), Bristol Zoo (GB) and the University of Salford (GB).

Successful conservation demands collaboration and specialisation. This project aims to bring together a number of institutions and committed individuals, providing a unique possibility of obtaining rapid professional help in securing a future for a critically endangered frog species.

Since the 1980s, the decline of amphibians has been particularly alarming in certain parts of the world – for example near Monteverdi in Costa Rica, where many species vanished in a short period of time. This includes the Lemur Leaf Frog, which is now critically endangered following a drastic decrease in population size. Until recently, the species was considered to be extinct in Costa Rica and to have totally disappeared from its last known site in Monteverdi. However, a small residual population has been discovered in recent years by Brian Kubicki, a biologist at the Costa Rican Amphibian Reserach Center (CRARC). It is highly likely that this small remnant is the last of the species in Costa Rica. New biogeographic and genetic research suggests that the frogs in Costa Rica are clearly distinct from a residual population in Panama; they are assumed to be two different species. This makes the Costa Rica population even more vital from a conservation perspective. A newly discovered population in Panama might be an additional residual population of the Lemur Leaf Frog, but this requires further investigation. An important task now is to confirm the species and assess the status of this population. When amphibian species are at risk of extinction, immediate action is necessary.

Nordens Ark’s work with the Lemur Leaf Frog is supported by the Segré Foundation.