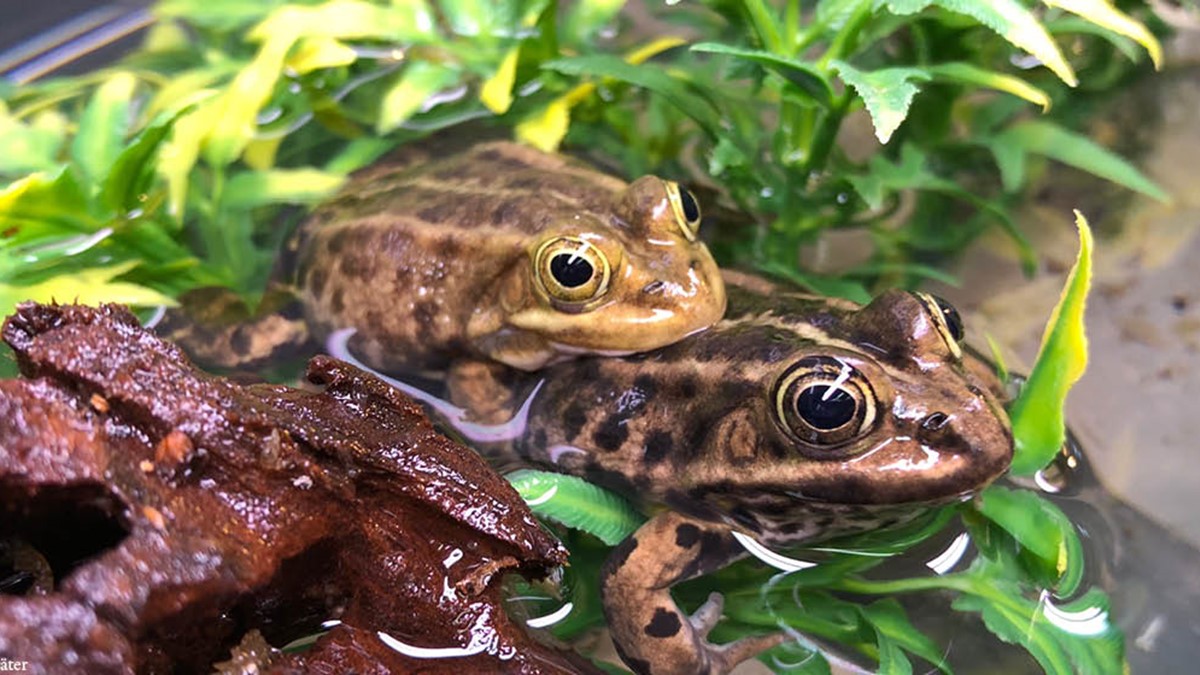 This species is distinctive for the bright line down its back. The males have a very loud croak that can be heard a kilometre away.

In Sweden, pool frogs are found in only about 60 isolated ponds along the coast of Uppland. They live in shallow water exposed to the sun. As the land rises, new spawning grounds are constantly being formed and the pool frog is therefore always moving towards the sea.

At the end of April, the frogs leave their winter sites and head for the breeding pools. Breeding lasts from the end of May until the end of June. Then croaking males gather in the warmest part of the pool to attract females. For the females to start laying eggs, the water temperature must have reached at least 16C. The frogs remain near the breeding pond until early autumn, when they move back to their winter sites.

Like all Sweden’s frogs and reptiles, the pool frog is protected.

In Sweden, the pool frog is now found only in a small region along the northern coast of Uppland.