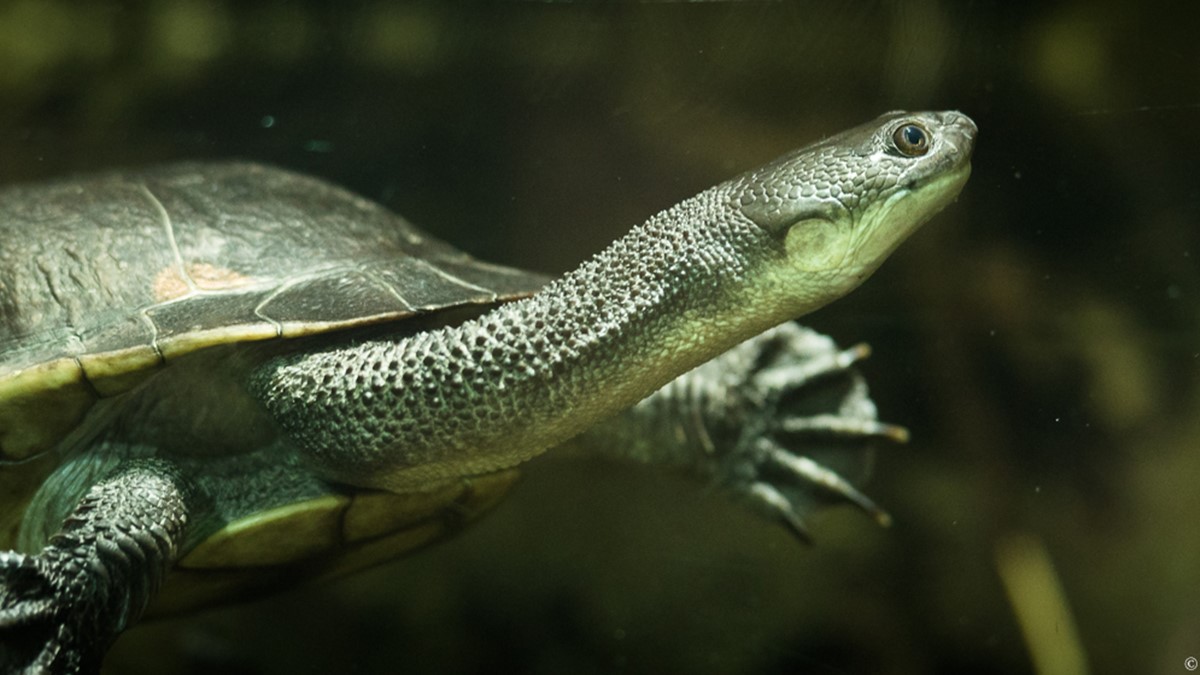 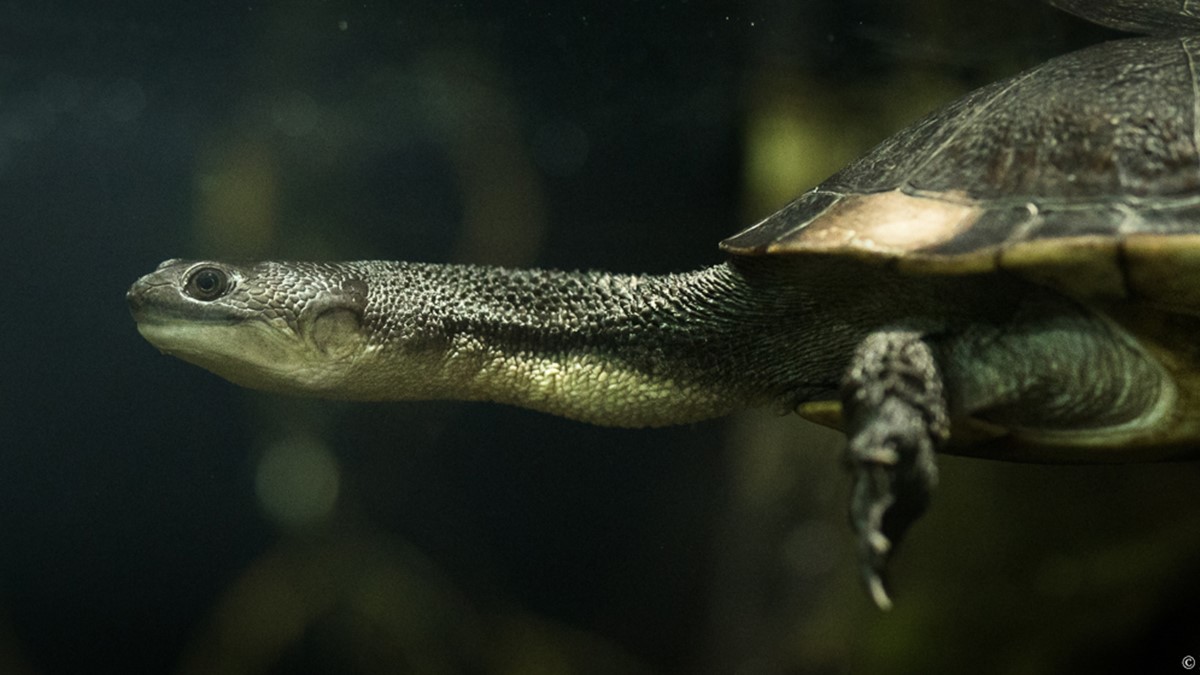 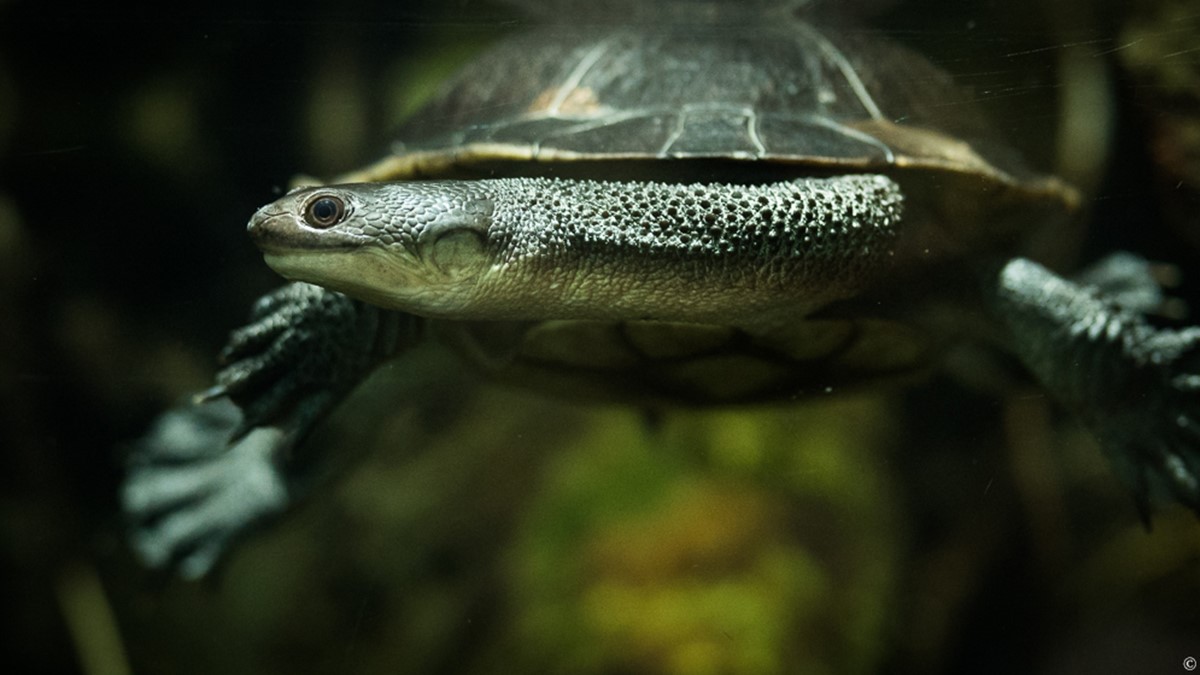 Snake-necked turtles are characterised by a long slender neck, which folds backwards allowing the turtle to protect head and neck under the shell.

The Roti Island snake-necked turtle is one of the most endangered chelonians in the world.

In 2018, the IUCN TFTSG (Tortoise and Freshwater Turtle Specialist Group) listed it as one of the top 25 most threatened turtles on the planet. When the species was first described in 1994 as Chelodina mccordi it instantly became a very attractive item in the illegal wildlife trade. In two decades most of the turtles on Roti Island had been collected for the exotic pet trade. This, together with other threats such as habitat destruction and invasive predatory
fish, the species are now thought to be regionally extinct. Nordens Ark has taken on the responsibility to coordinate the European studbook (EEP) for the species.