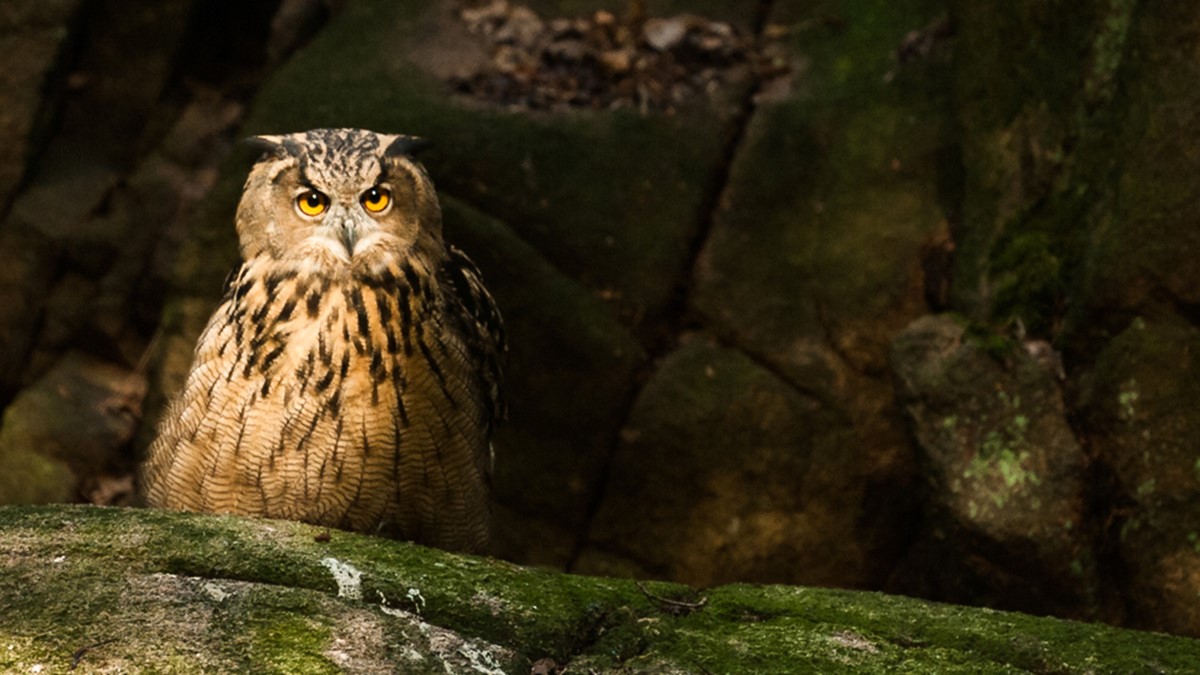 The Eurasian eagle owl is the world’s largest owl. It lives in rocky, mountainous regions where it can find a nesting place on a steep precipice. The nest needs to be protected to keep the chicks safe from predators such as pine martens and foxes.

Eagle owls can live in many different environments, from bird-rich archipelagos to forest clearings and bogs where they hunt voles. In recent times the eagle owl has been appearing more in cities, where there is a plentiful supply of park ducks, pigeons and rats on landfill sites.

In late February the eagle owl starts calling for a mate with its muffled ‘oohu’, which can be heard up to 4 km away. The female lays two to three eggs and incubates them for a month while the male supplies her with food. The young are independent at four months of age.

Nordens Ark contributes trough breeding with eagle owls so they can be released into their natural habitats.