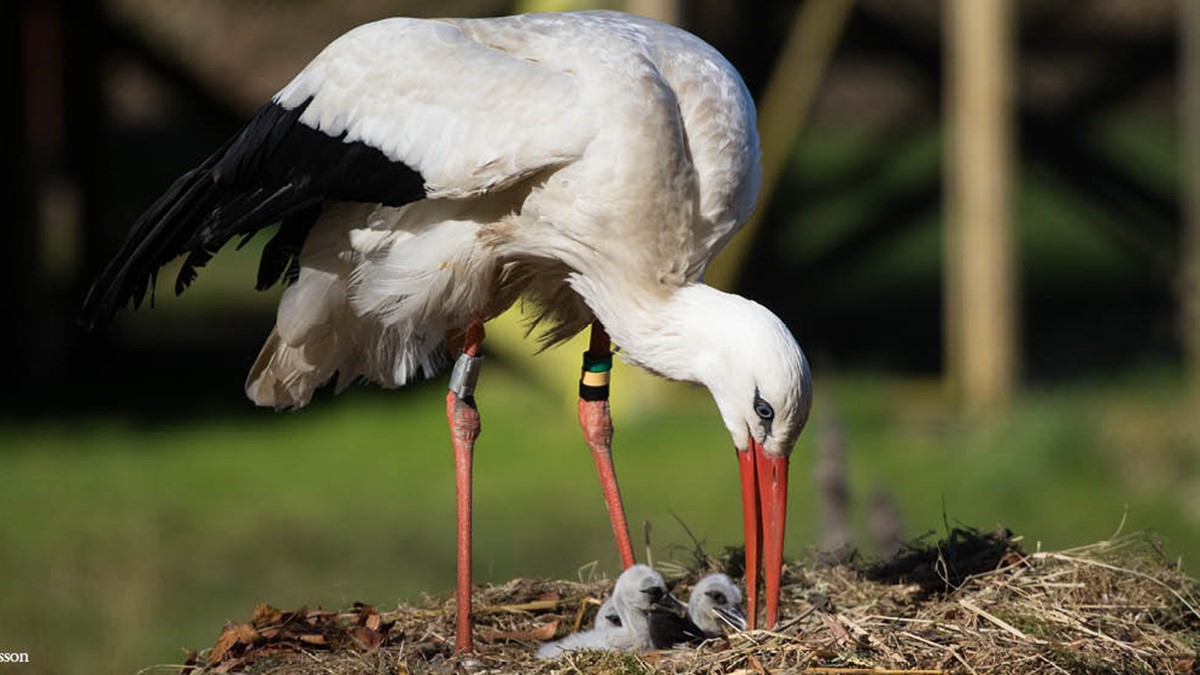 White storks pair up for life. They build large nests on tall buildings, in trees and on cliffs. They return to the same place each year and add to the nest, which can eventually weigh as much as a ton.

The stork has always been surrounded by urban legend. It was long believed that a stork’s nest on the roof prevented a house catching fire, and the stork is known as the bringer of babies.

Storks forage by walking back and forth in wetlands, using their long beaks to pick up insects, amphibians and lizards. The only sound a stork makes is when it throws back its head and clatters with its beak. This is used as a greeting, to defend the nest and in mating

The storks migrate to Africa in the autumn and the young return when they are sexually mature at four years old.

We help the Stork Project with breeding of White storks.