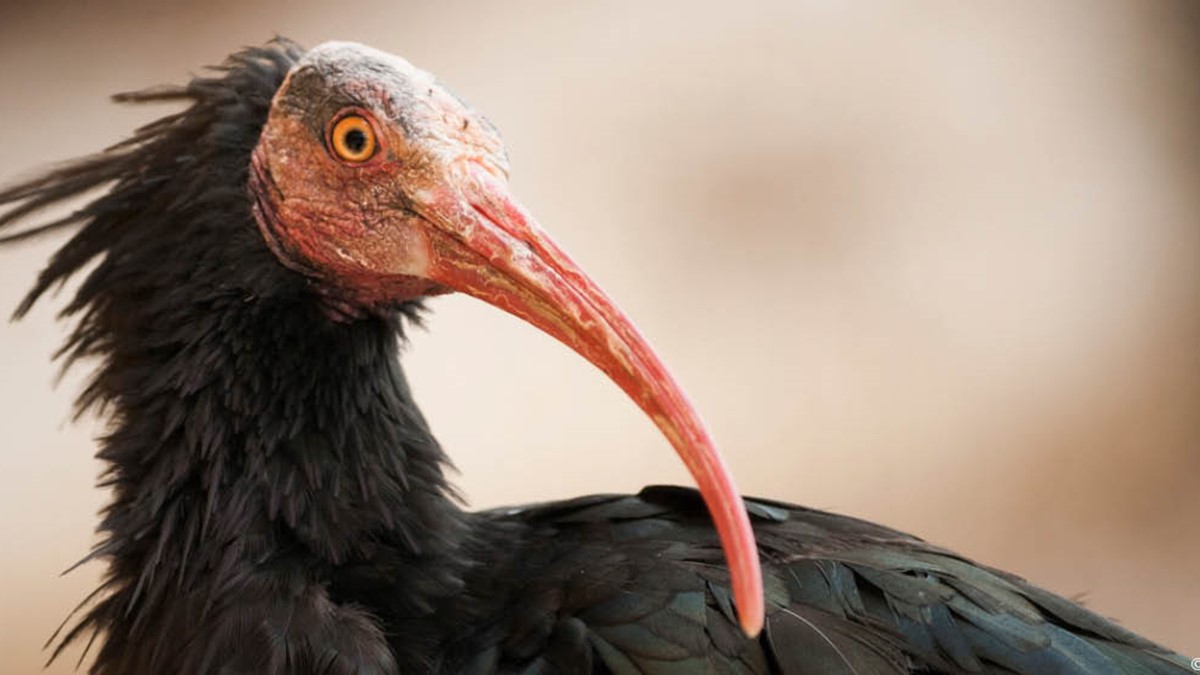 Despite its Swedish name – ‘eremitibis’, meaning ‘hermit ibis’ – the Northern bald ibis is a sociable bird that lives in colonies of between 40 and 50 individuals. Its Swedish name is in all likelihood due to its habit of nesting on isolated ledges, and in caves in arid mountains near running water.

The Northern bald ibis builds a new nest every year. Sturdy twigs are used to construct the foundation, and the nest is finished off with thinner twigs and large quantities of grass. The mating season begins in March-April and the female lays two or three eggs.

The Northern bald ibis was once found across southern and south-eastern Europe and in North Africa. Today, only a few populations remain.