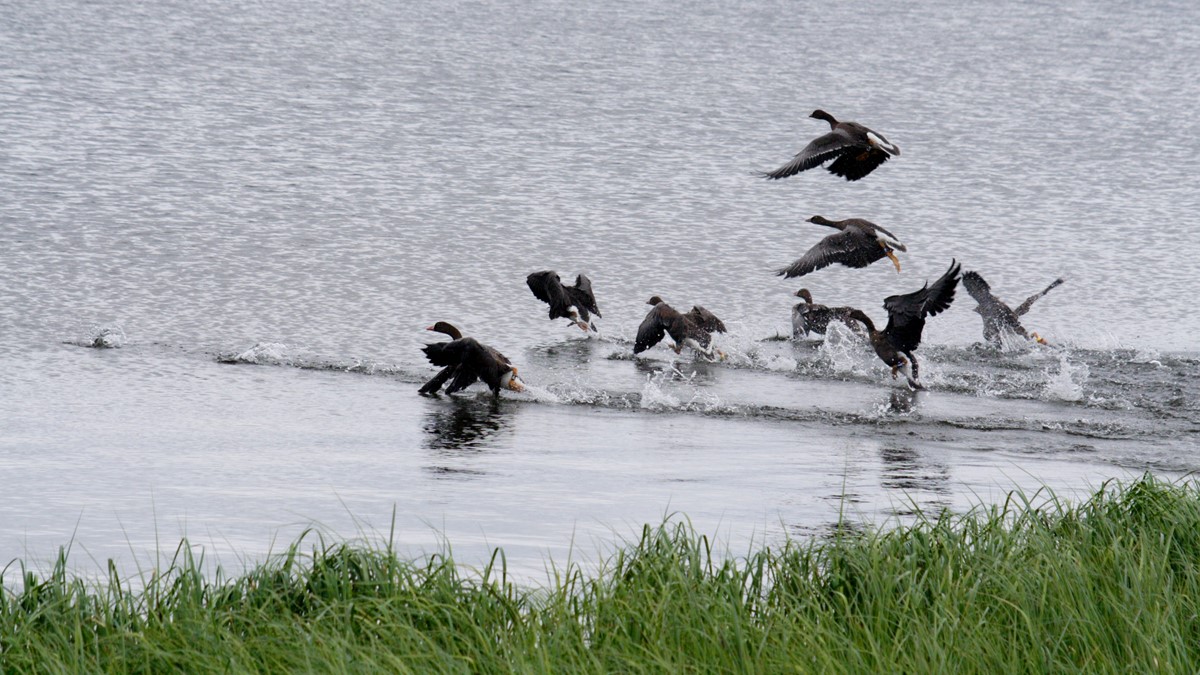 In 1900 there were over 10,000 lesser white-fronted geese, Anser erythropus, in the Nordic region. By 1980, there were fewer than 500. Hunting and drainage of their over-wintering sites had hit the species hard. Hydroelectric developments and the proliferation of the red fox in the Scandinavian mountains also threatened the species. Today, there are only about 10 breeding pairs in Sweden and around 20 pairs in Norway.

Read about our conservation efforts