The enigmatic snow leopard lives high up in the Central Asian mountain range, between 2000 and 5500 meters high. In total, it's found in twelve different countries in Asia, in some of the world's most inaccessible mountain areas. The snow leopard is also called the Ghost of the Mountains due to its elusive, solitary nature and ability to blend into its habitat. The fur is thick, the paws large and the tail long, perfect adaptations to a life in the mountains. 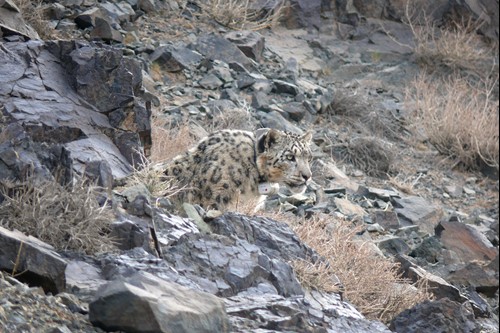 Although the snow leopard is protected by law in all countries of range, its numbers are declining as a result of human activity. Poaching is a major threat to the snow leopard. They are hunted partly for their fur and body parts, which are used in traditional Asian medicine, but are also killed in conflicts with herders when the snow leopard sometimes attacks and kills domestic animals. The species' habitat is decreasing as humans expand their areas and climate change is expected to result in large habitat losses for the snow leopard. Today it is estimated that there are between 3500-7000 snow leopards in the wild and they are listed as Vulnerable on the international red list.

Research on this fascinating feline has been ongoing since the 1980s, but despite decades of research, knowledge of the species' ecology was very limited. This led to the organization Snow Leopard Trust starting the world's first long-term study for the species in the Tost Mountains in southern Mongolia in 2008. Thanks to the development of technology and the launch of trap cameras and GPS collars small enough for a snow leopard to wear, the answers to how a snow leopard lives and it's behaviour could now finally be found. 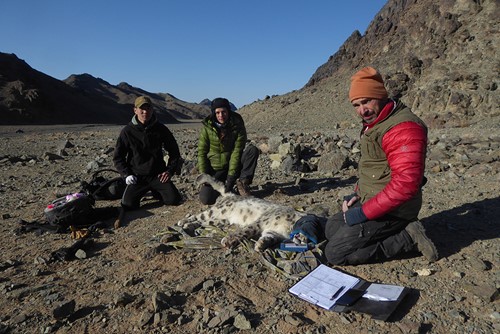 Nordens Ark has a great commitment to the conservation of the snow leopard and the species had a home in the wildlife park since 1989. Nordens Ark is also responsible for the international stud book and the European breeding program for the species. The purpose of the breeding programs is to maintain a viable and genetically healthy rescue population of snow leopards in zoos around the world. Since 2010, Nordens Ark has collaborated with the Snow Leopard Trust by supporting their research project of wild snow leopards in Mongolia. The purpose of the study is to increase knowledge about the species in the wild and in some way contribute to its conservation. The study consists of three different activities; research, development of conservation work and education. Nordens Ark is part of this work partly through our support of the Snow Leopard Trust in their work and part-financing of researchers working on the study. 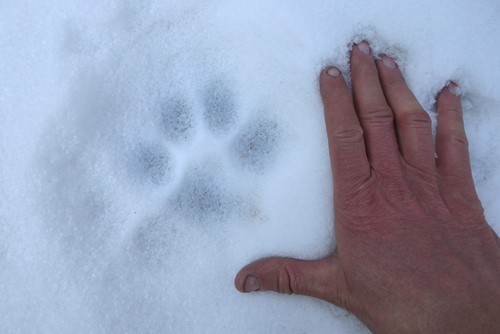 After the study and research took a break during the pandemic, it could resume in the summer of 2022. The work with the study will continue to give us information about the snow leopard's ecology, prey, movement patterns, human impact and how a coexistence with humans would work.