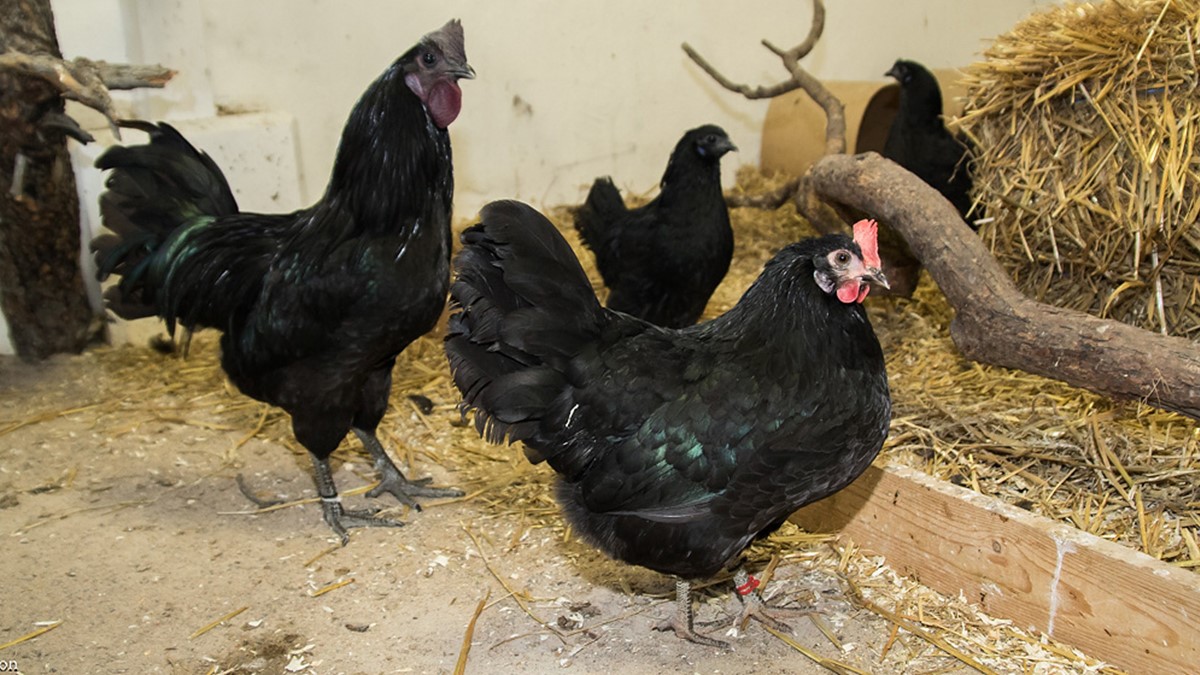 The Swedish Black Hen’s striking appearance makes it stand out markedly from other breeds. The beautiful black colour is seen on the feathers as well as the legs, beak and skin. Even the meat is dark. The comb is black or blackish-purple.

It was Norwegian seamen who during the 1600s imported the raven-black birds that today’s Swedish Black Hen in all likelihood stems from. By the middle of the 1800s, the breed had spread to the Bohuslän Dalsland region near the Norwegian border. It was well suited to our climate and quickly became very popular.

Like many other wildfowl, Swedish Black Hens like to perch in trees at night, beyond the reach of predators.