The southern dunlin is a small wading bird that lives in coastal meadows and wetlands along the coast. As these habitats have disappeared as a result of ditching and farming, the southern dunlin has declined from at least 1,000 breeding pairs in the 1930s to only 65 today. The southern dunlin was formerly common in southern Sweden, but is now found only on Öland and southwestern Scania. In Scania, the species is estimated to have declined by 99% in less than 100 years. In addition to loss of habitat, predation by crow, badger, mink and fox is a very big threat to the southern dunlin. The species is currently considered Critically Endangered (CR) on the Swedish Red List. 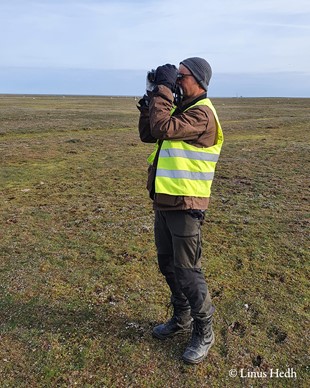 Inventory at work at the Schäferi meadows 2022.

Together with Birdlife Sweden, Nordens Ark has started a conservation project to try to reverse the downward trend and save the southern dunlin from extinction. The project will work on several fronts to increase the population of southern dunlin in Sweden. Among other things, the wild population will be strengthened through the release of individuals from breeding facilities. Initially, the project will work with a conservation technique called "headstarting", a method that has been shown to be effective in stopping ongoing population declines in other threatened wading birds. In headstarting, eggs are collected from the nests of wild birds, after which the chicks are hatched and raised under optimal conditions in enclosures. When the chicks have grown and are close to flying, they are released on suitable premises. This significantly increases the survival of the young, as a larger and almost ready-to-fly young can protect itself significantly better against predators. All released individuals will be ringed to enable us to follow the individuals over time and see how many return to the breeding premises. 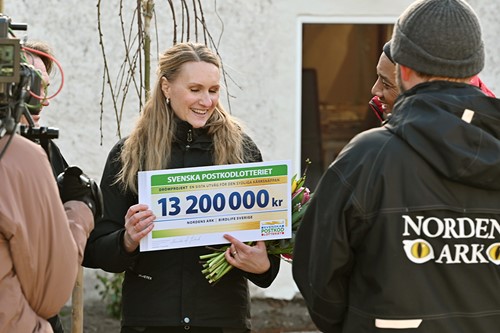 Birdlife Sverige and Nordens Ark receives a check from Postcode lottery in the spring of 2022.

The wild populations will also be monitored through annual inventories of nests and individuals. The southern dunlin is a migratory bird and returns to Sweden in early spring. During this period, the various locations where the species exists or has existed will be surveyed to record the number of individuals. At selected sites, nests will be carefully monitored throughout the breeding season and the parents will be ringed during the incubation period. At the same time, we'll count the number of eggs in the nest and note how many chicks hatch and how many survive until they are ready to fly.

In order to bring back a viable population of southern dunlin, we need to take action in the field. These actions need to be adapted to local conditions, as each place has different conditions and has changed in different ways. Among other things, this will involve measures such as restoring shallow bodies of water by plugging ditches, achieving favorable grazing on coastal meadows and working with predation suppression measures. 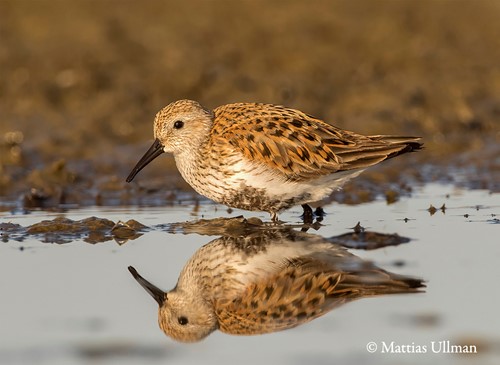 We also want to increase knowledge about the species, other waders, their habitat and biological diversity. We will do this through information campaigns aimed at different target groups. The project will also arrange various events and activities to spread information and create events about the southern dunlin. We will also create an information site at Nordens Ark where visitors can follow the work to preserve this well-provided and beautiful bird.

The southern dunlin is a flagship species for other shore meadow species. If we save it, other species associated with coastal meadows will also benefit, and thus also biodiversity.

Inventories at the Schäferi meadows/Ottenby on Öland during the summer of 2022 gave positive results, 10 breeding pairs could be found with an estimated 20 chicks. Other locations on Öland did not give equally positive results, as the southern dunlin was only found in 2 of the 17 inventoried locations.

More news and information about the project can be found here (in Swedish):