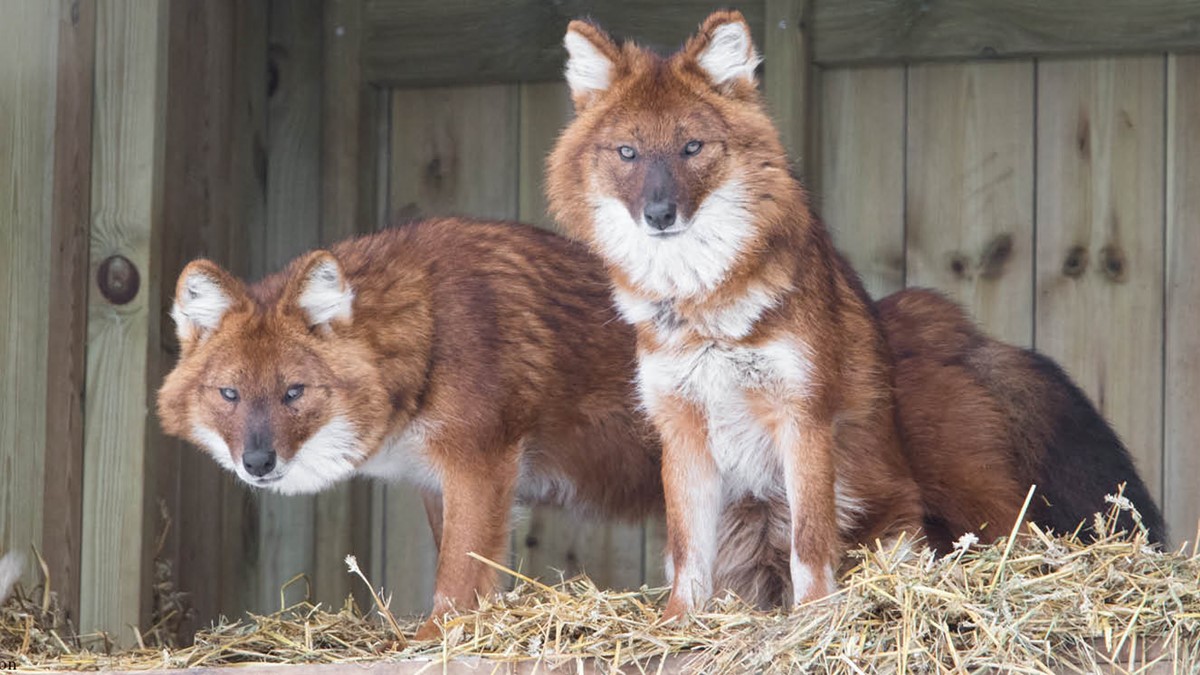 The Dohle is one of Asias most endangered predator, today it is even more threatened than both tigers and snow leopards.

Dholes communicate through several different sounds and calls, and each individual has its own distinct sound.

The species is crepuscular, hunting mainly in dusk and dawn and lives in packs of 5 - 15 individuals. The fact that they live in packs protects them and they are only threatened by leopards and tigers. The pack has a strong hierarchical structure with one dominant alpha pair. It’s only the alpha pair that breeds and the rest of the pack helps to take care of the pups.

Today, the species is found i.a. in China, India, Indonesia, Laos, Nepal, Bhutan, Myanmar, Cambodia, Vietnam and Thailand. The species was previously found in large parts of Central, South and Southeast Asia but has disappeared from there.

The dhole is usually red with a pale underside and white feet. The tip of their tail is black. In some areas, the species has adapted to their habitat and the coat is a sandy beige or dark gray colour.