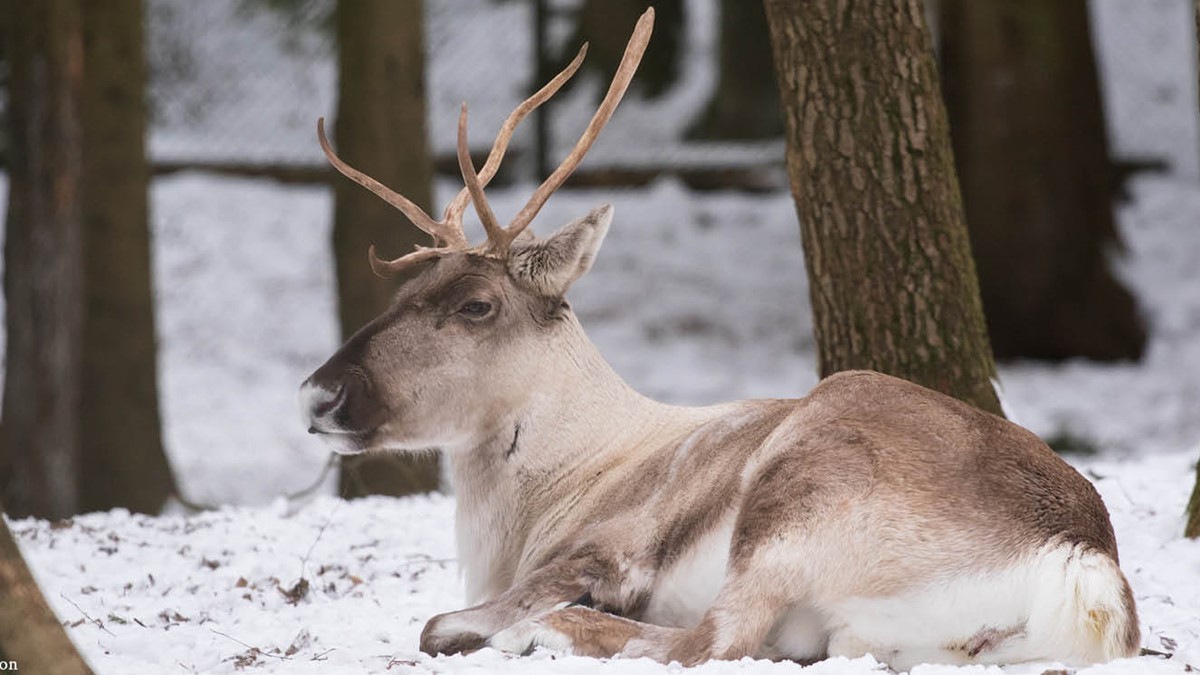 Reindeer are the only deer species where both males and females have horns. The forest reindeer’s antlers are narrow and upright, making it easier to get through forest.

The last forest reindeer in Sweden died out in Härjedalen and Torne, Lapland, in the 1880s. In the spring, forest reindeer eat buds and shoots from bushes, in summer mostly grasses and herbs. They supplement their diet in autumn with mushrooms and use their hooves to scrape lichen from under the snow.

Hunting is the principal threat to forest reindeer. Farmers don’t like having wild deer in their fields and issue hunting permits. It was this that caused the Swedish forest reindeer to disappear in the 1800s.

Nordens Ark contributes trough breeding with reindeers so they can be released in Finland.