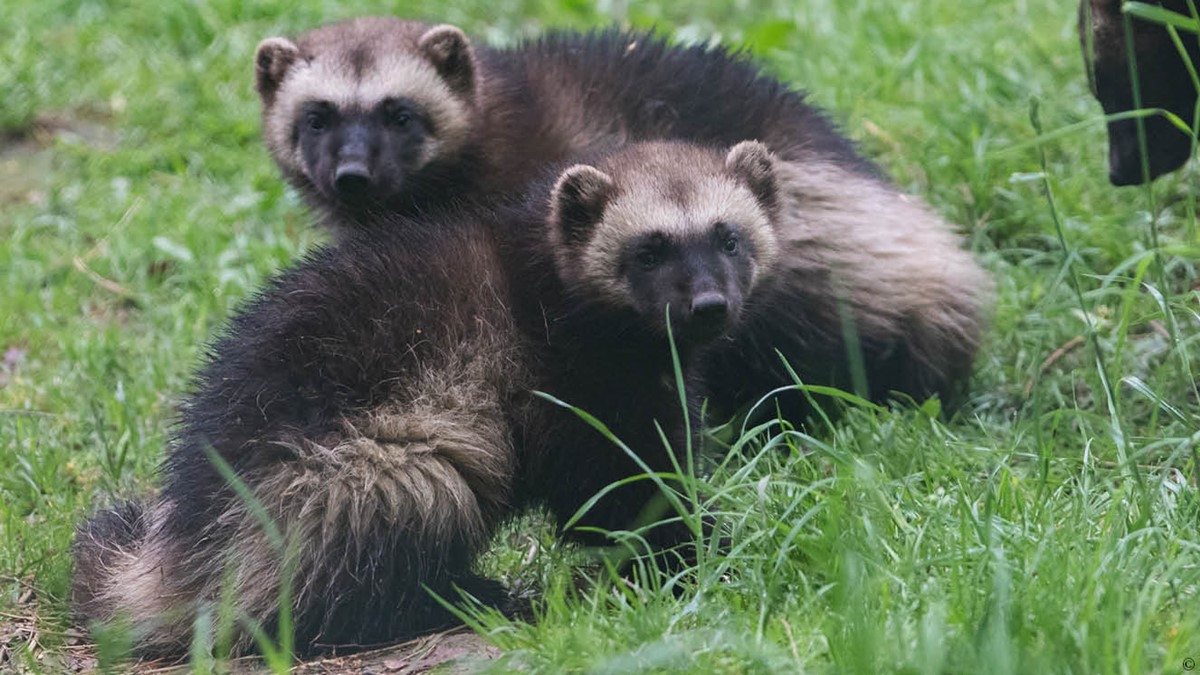 When a wolverine hunts large prey, it jumps on its victim’s back and bites it in the neck. It then tears it apart and hides the meat, allowing it to make as many kills as possible.

This led to the wolverine being perceived as a glutton, but the reputation is undeserved. Wolverines always consume what they have stored in their huge territory. Their diet consists of reindeer, hare, elk, foxes and birds, and occasionally berries.

Wolverines are mainly solitary and roam over a vast area. The lair can be a hole on a gentle hillside, in the snow or among rocks.

The wolverine was not particularly liked because it competed for prey with humans, and took reindeer. It was hunted vigorously, with encouragement from the Swedish state, until finally being protected in 1969.

Nordens Ark has taken on the responsibility to coordinate the European studbook (EEP) for the wolverine.