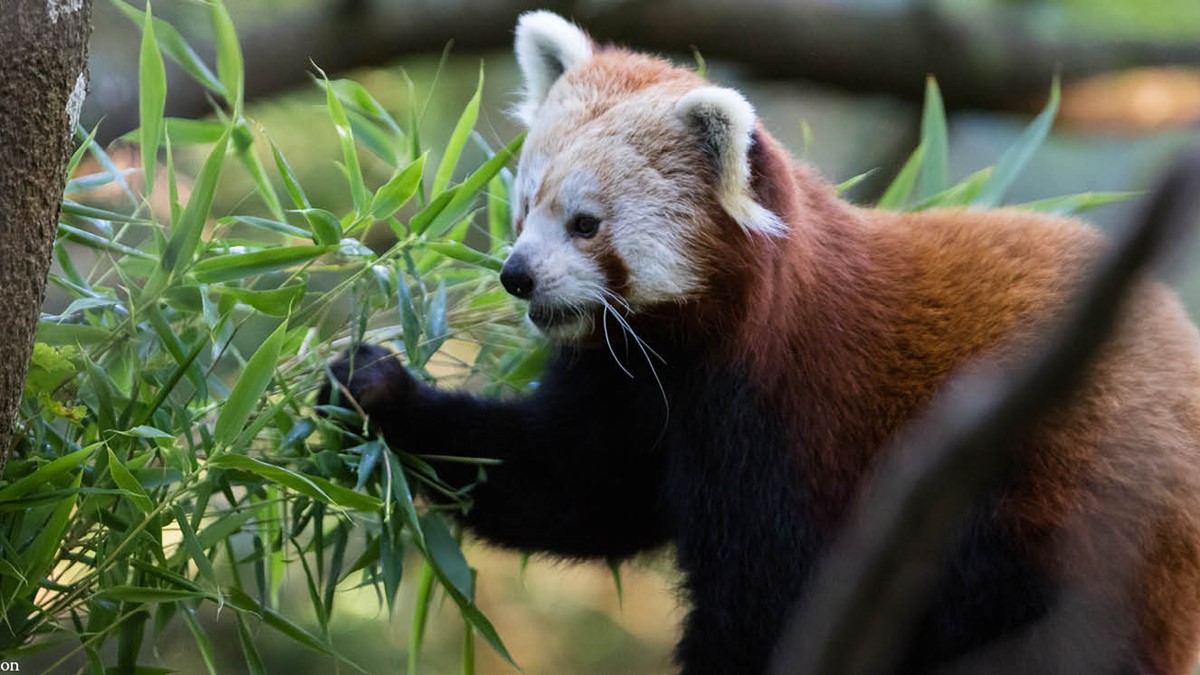 When the red panda eats, it uses its front paws. It has no proper thumbs, but an enlarged bone in the centre of the hand acts as an opposing ‘pad’.

Red pandas spend almost the entire day high up in the trees, an environment to which they are well suited. They are solitary animals, except during the mating season from December to March. To attract each other’s attention, the males and females communicate with a range of sounds including puffing, chirps, loud calls and whistles.

The red panda’s diet consists mainly of bamboo. This is a fairly poor source of energy, so each individual must consume more than 5 kg of bamboo every day. Fruits, roots, fungi, lichens, grasses and small animals are also on the red panda’s menu.

Read abour our efforts in the wild here.