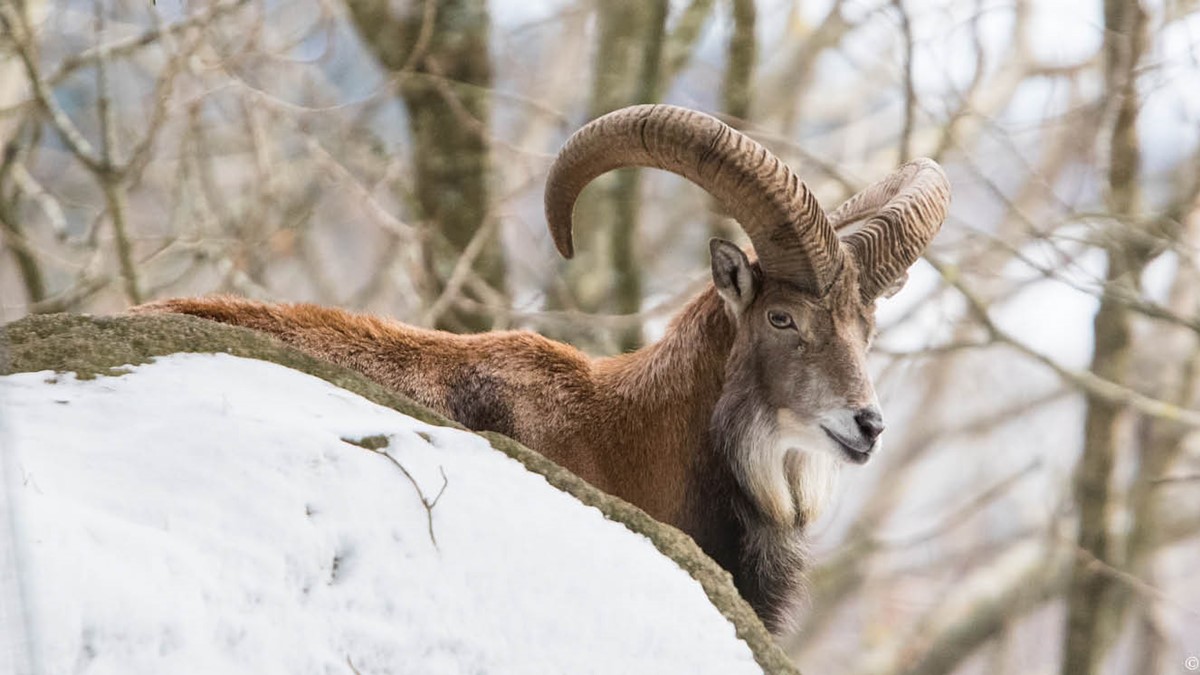 Male urial rams test their strength by charging at each other and butting forehead to forehead. A fatty pad behind the horns acts as a cushion and protects the brain against the heavy impact.

Like many wild sheep, urials live together in large flocks in late winter but split up in the spring before lambing. During the summer, the ewes and rams go their own way. The rams come together in September to go head-to-head in the battle for the ewes.

The declining number of urials is due mainly to poaching and competition for grazing land with domestic livestock. Dry and severe winters also take their toll on the wild sheep.

Trophy-hunting was once a major threat to the urial. In some cases, hunters were prepared to pay up to $20,000 for the right to shoot one.